“Swadhishtana” is the ability of calming down the mind voluntarily. Its literal meaning is One’s own abode. It is considered to be the center connected with deep unconscious impressions. The action potential, Oxygenation and the homeostasis of Sacral region represents the subtle transverse layer called wheel or chakra in Sanskrit. According to Patanjali Maharshi, contemplating on Swadhishtana yogi becomes knower of all knowledge. This chakra represents the pleasures and security and can be dealt with meditation on Dark Ocean and night sky. Swadhishtana chakra is the sacral wheel represents the relaxation phase of pelvic organs. The organs of this region are meant for arousal than relaxation. Hence these are the physical reactions to the stimulus of environment. This is a preparatory pose for Bow pose and relaxing pose after Cobra pose. Para-sympathetic nerves are for relaxation phase of autonomic nervous system from Sacral plexus.

Popular posts from this blog

Obesity after Covid-19 and Lockdown life 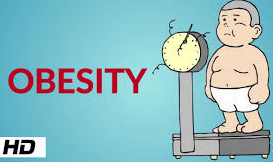 Corona or Covid-19 made the whole world alert about many health aspects. Human without prior infection stepped into sudden immune reaction and lack of energy. As per the epidemic and pandemic damage, the lockdown life helped a lot. But, healthy people gained weight within home premises. Infected people have to eat more proteins to get back the energy. All these lead people into one of the common issue called Obesity. Here is the relevant natural remedy for such people. Obesity is the risk factor and may lead to other disorders like high blood pressure, heart disease (CAD), cerebro vascular disease (CVD), Diabetes Mellitus (DM).  Yoga and Lifestyle Prescription for Obesity.  Definitions: Yoga styles are; hatha yoga, iyengar yoga, ashtanga vinyasa yoga, flow yoga, yin yoga, aerial yoga, kriya yoga, bikram yoga, etc...  Obesity is; just beyond over weight that is body mass index (BMI) is >30. Obesity types as per the cause:  1. Pear shaped and Apple shaped because of lack of physical
Read more

December 06, 2021
The water flow of river Ganga makes the surroundings very balanced almost throughout the year in Rishikesh. The seasons are expected to be like; Summer: March to June. Temperature ranges from 20 0 to 45 0 . Better to carry cotton wear. Those who have more temperature at their own towns, can visit Rishikesh to spend and protect their health. The number of water fall, continous flow of river Ganga, green forests will help the healthy life. Rainy: July to October. Temperature varies. The annual mean rainfall recorded is 2136.7mm. Carry the rain coats to face the pouring rains. Even though it will be heavy rain, the humidity will not disturb the temperature. Hence the routine will be enjoyable if you prefer to walk, run and minimum transport. Other tours may not be possible because of landslides and heavy flow of river. Winter: November to February. Temperature ranges from 10 0 to 30 0. Better to carry jackets, woolen cloths to preserve warmth. The temperature will be less and
Read more

December 06, 2021
Yoga as a lifestyle was mentioned in Indian scripture that is Bhagawad gita. But this has been as tradition alone than spreading it through life in our modern education. A medical professional who works for the society as Karma Yogis (selfless servicers) should be given the ancient knowledge in their modern education itself . This will shine up their knowledge because of new techniques of Yoga which are not dealt in medical systems. Example, Dr. Kirlian in 1930 invented the energy beyond the physical level of human. But how far this is discussed in medical field? Such examples are many to know and learn for the sake of patients and nation growth. There are solutions which can avoid expensive surgeries, expensive medication, encourage the techniques for mind than counseling session. Content for Medical students 1.       Yoga Asanas as beyond Physical strength and endurance 2.       Yoga Pranayamas as beyond Gas exchanges 3.       Yoga Meditation as beyond thoughts 4.
Read more